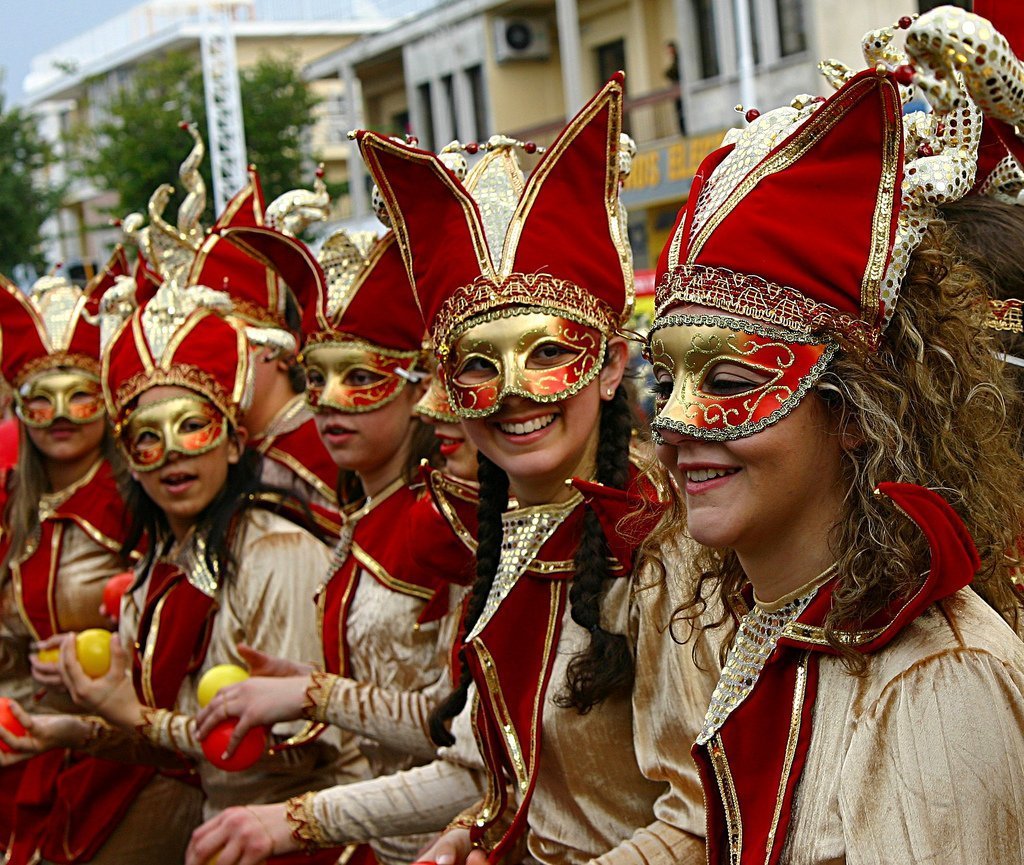 The Limassol Carnival Festival is an annual European carnival event held at Limassol, Cyprus. It is considered one of the most notable carnival events worldwide. The event is held 12 days before the Christian season of Lent on the Sunday before Ash Monday, 50 days before Orthodox Easter. The festival is a 10-day colourful event of people feasting, singing songs, satire, games, carnival processions and balls. Since 2015 belongs to UNESCO Intangible Heritage.

Limassol Carnival Festival, which is said to be an old custom traced to pagan rituals, is now held as an entertaining event. The local belief is that it is a Hellenistic heritage that goes back to pre-Christian times and to an ancient Greek festival honouring Dionysus, the deity of wine and fun. However, the first written reference of the carnival is by Nеоphitos Egklistos, who accuses Cypriots of idolatry and accepting an alien tradition of celebrating the start of the Great Fast. The second historical mention is from Christophor  Furkher Nirenberg, who visited Cyprus in 1566 during a journey to the Holy Land. Nirenmberg was impressed by the carnival parades and told a story about how local noblemen organize amazing feasts, where people dance, sing and have fun. As practiced now in Limassol is a legacy from the Venetians who ruled over Cyprus during the 15th–16th centuries. The Carnival of Venice, however, takes itself very seriously, in comparison. In contrast, both adults and children can join the Limassol Carnival and as a rule everyone pours foam on each other in the Old City. The celebrations are held in most towns around the island, but the event held in Limassol is by far the largest and most popular.

As an institution and traditional festival, the Carnival has been celebrated consistently in Limassol and all over Cyprus over the last one hundred years, and regardless of political or economic conditions it represents a ritual which on the eve of spring affords the opportunity for people to express their faith and optimism for a good year. The municipality conducts a minimum of five masked balls which include an open-air ball on Heroon Square in the heart of city centre, and in huge ball rooms of major hotels. A children’s parade is rightly considered to be one of the key events of the carnival. It is held on the first Sunday of the festive events. Children customarily dress up in carnival costumes and travel the streets of Limassol.

On the Grand Carnival parade the floats theme and the singing are commonly satirical. The Carnival King or Queen could be presented as a satirical figure representing social, political and economic conditions of relevance to Cyprus or Europe in general. On the final day which is the Grand Carnival more than 150 floats and an estimated 50.000 people take part in the procession. The city’s brass band and groups of drummers and mandolin-toting kantadoroi (serenade-singers) accompany the Carnival King (or Queen).